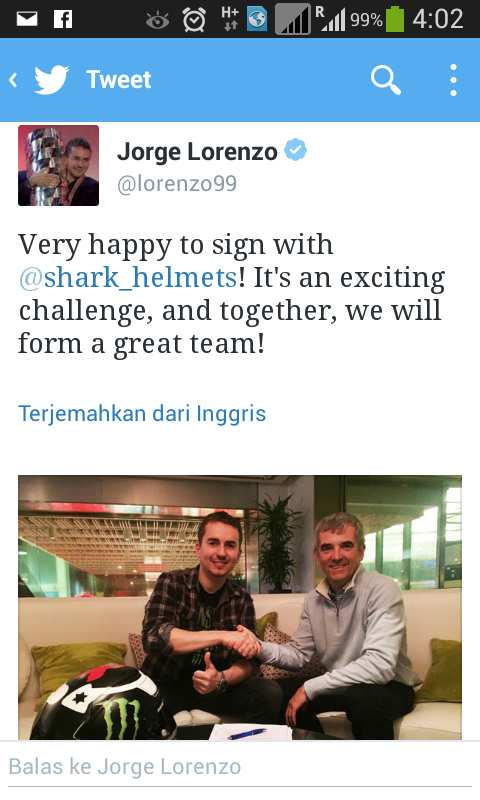 motorrio.com – After a terrible season for Jorge Lorenzo with HJC helmet in 2015 – a helmet brand who sponsored him for MotoGP helmet apparel – with many cases, from forehead foam fallen in the middle of the race, fogging visor, Jorge Lorenzo finally sign with Shark helmets for sponsoring him in 2016 MotoGP.

Shark is a French company
that produces motorcycle
helmets, which was founded
in 1986 in Marseille, France. And as far as I know, none of Shark helmets user have any silly problem such as forehead foam fallen while they raced.
Hopefully this will be a boost for Lorenzo in 2016, no worries about his helmet condition again during the race, bye HJC!!