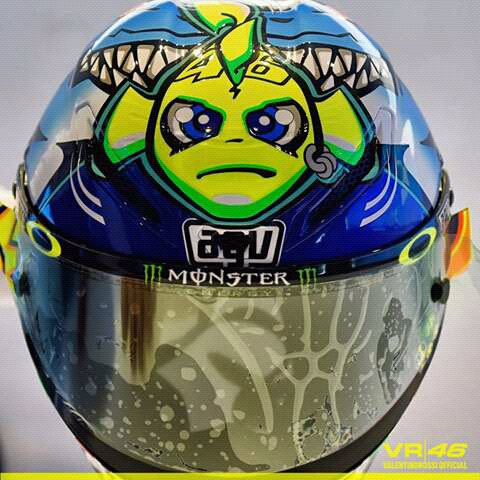 motorrio.com – From Rossi’s Facebook page, he announced a special design helmet, by his mate Aldo Drudi, as he did in every Italian MotoGP (of course, becoz he’s Italiano 😀 ) And this year, he choose water world theme (I don’t know exactly what the theme is…) 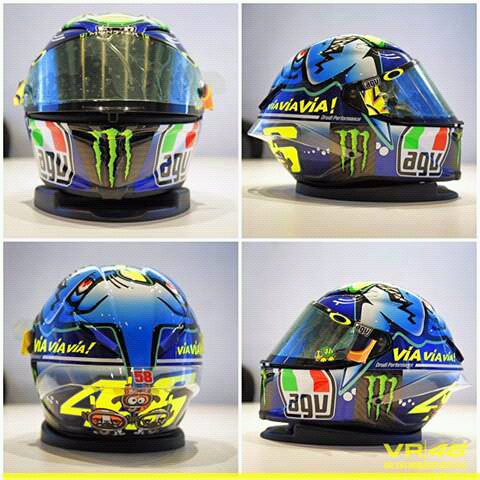 It shows a little yellow fish with 46 number on its forehead, forced to try escaping from the blue shark fish right behind him (his MotoGP competitor, Lorenzo). It reflected Rossi’s passion to win this 2015 San Marino MotoGP, and also the 2015 World Champion title. Will he succed?? Looks like it will be hard to decide until the last two rounds, due to the fierce fight between Lorenzo an Rossi.